Your trusted, local Chiropractor in Polokwane

For the serious Athlete

Your family is in good hands 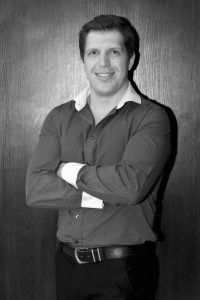 At Prime Spine Chiropractic, we pride ourselves on providing and delivering the highest quality medical and chiropractic care to all our patients, young and old alike.

Rüdi was raised in Bronkhorstspruit and matriculated from Hoërskool Erasmus in 2005. Throughout high school he represented Gauteng and Gauteng North on numerous occasions in athletics as well as receiving Eastern Transvaal provincial colours for rugby.

During the course of his studies he received various academic awards such as: UJ Top Achievers Club 2011 and 2012 as well as being invited to be a member of the Golden Key International Honours Society in 2012.

“Chiropractic care with a goal of achieving better postural balance and injury prevention, has been invaluable to my health, performance, and success” – Jordan Spieth
TOP